The work continues on my Age of Sigmar starter set, and with it Azazel‘s February hobby challenge. Here’s the second set of Liberators, this time with swords instead of hammers! 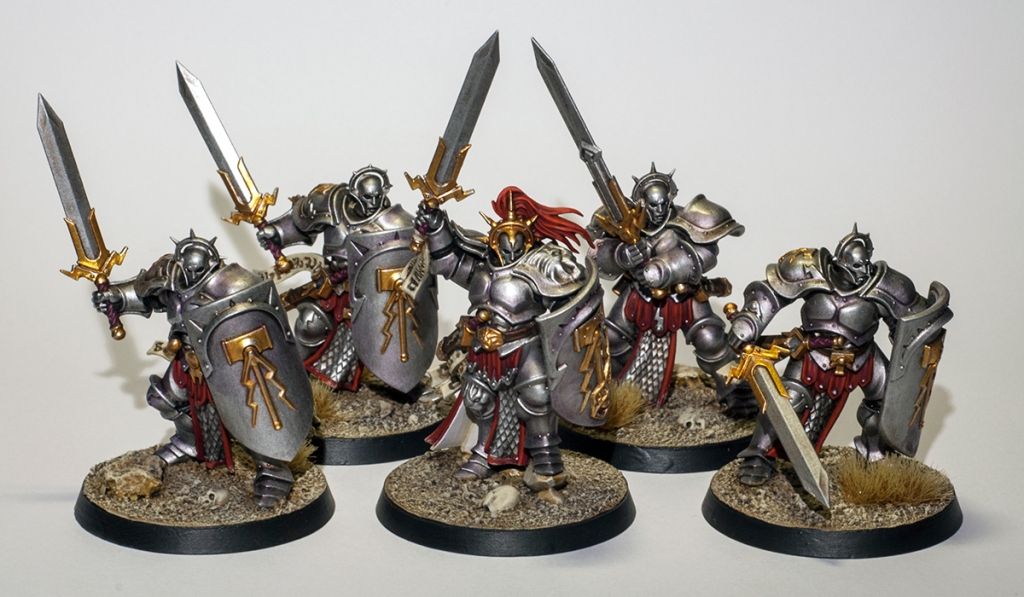 As the box came with two sets of four identical Liberator models (the two leaders being different sculpts), I wanted to customize the other set if at all possible. I happen to have a box of five multipart Liberators, and as it comes with both swords and hammers, decided to go for a simple weapon swap. Drilling holes for pins was a bit harrowing, as it left the weapon handles with 0.1mm walls, but amazingly I didn’t screw it up on any of them. Finally, as I had access to a two-handed sword, I swapped one of the monopose models for a multipart one, and gave him the big sword. For some reason the arms were a nightmare to pose and required a lot of greenstuff.. 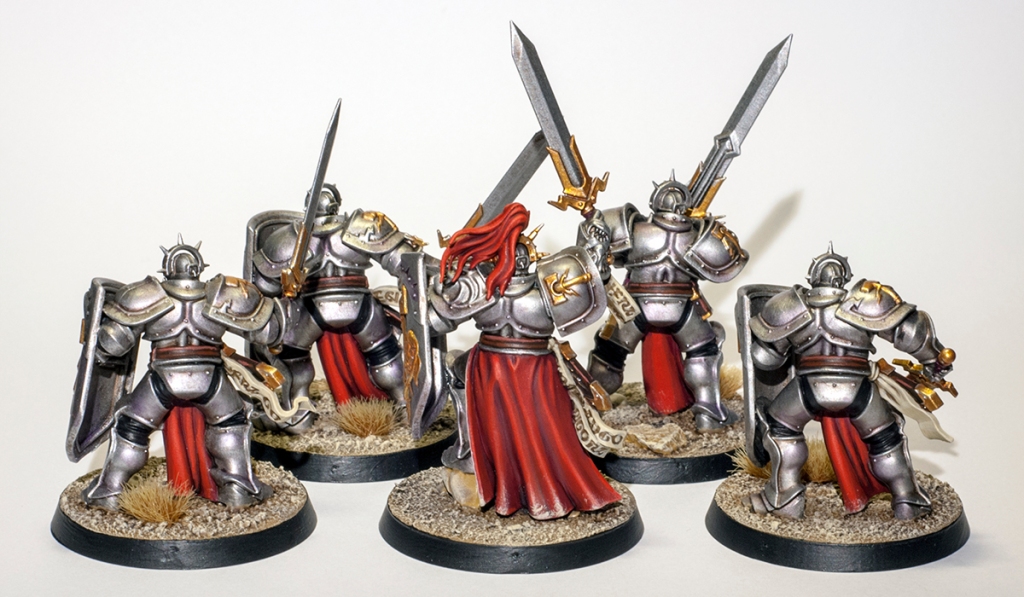 The paint scheme is of course the same as with the previous group, so not much to add about that. The only thing that differs slightly is unsurprisingly the swords, which didn’t get a purple wash like the hammers did. I was originally a bit concerned that the large swords would be too similar in color to the armor, but the golden guards and leaving the wash off created suitable contrast. I played with the idea of some blue wash, but decided to leave it off as these are just standard swords.

To finish this post I give you a group shot of the 10 Liberators and the current state of my AoS starter set. For my next project I’ll be going back to 40k and I don’t know when I’ll continue on these guys. It feels good though to have completed all of the basic troops and a large monster, so I think I’m over the half-way-point at least! If just counting the models, then without a doubt, but the two yet-unbuilt heroes might take a while..